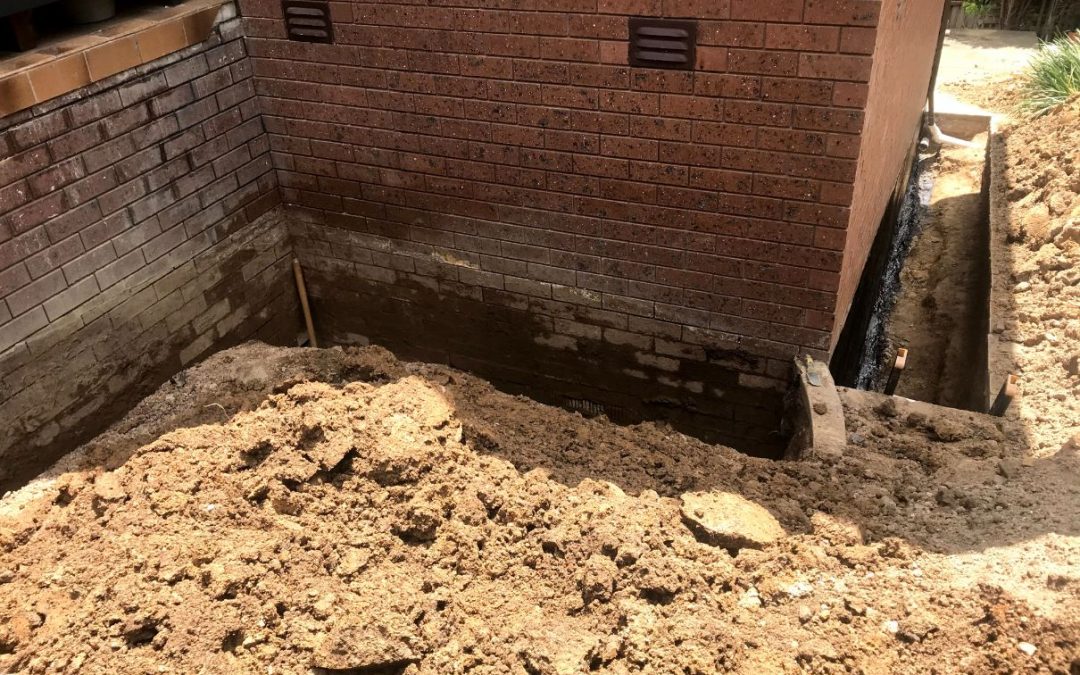 Complete External Waterproofing Routine for the Residential House in Greensborough.

Applying the real Waterproofing, completing it with Damp Proofing and Crack Stitching.

First liquid Waterproofing Membranes were created in the beginning of 20th Century.

In 1940-1950th the new generation of liquid Waterproofing Membranes based on mixed materials (such as rubber and resin) became a revolution in hydro-isolation and solved many Waterproofing problems existed those days.

In 1960-1970th the next generation of Waterproofing Materials appeared – acrylic, styrene-butadiene and unsaturated polyester varieties based.

Based on the brief history above – I just don’t get why there was absolutely no reasonable Waterproofing done in the houses built 30-40 years ago.

For example, let’s take one of our latest jobs: 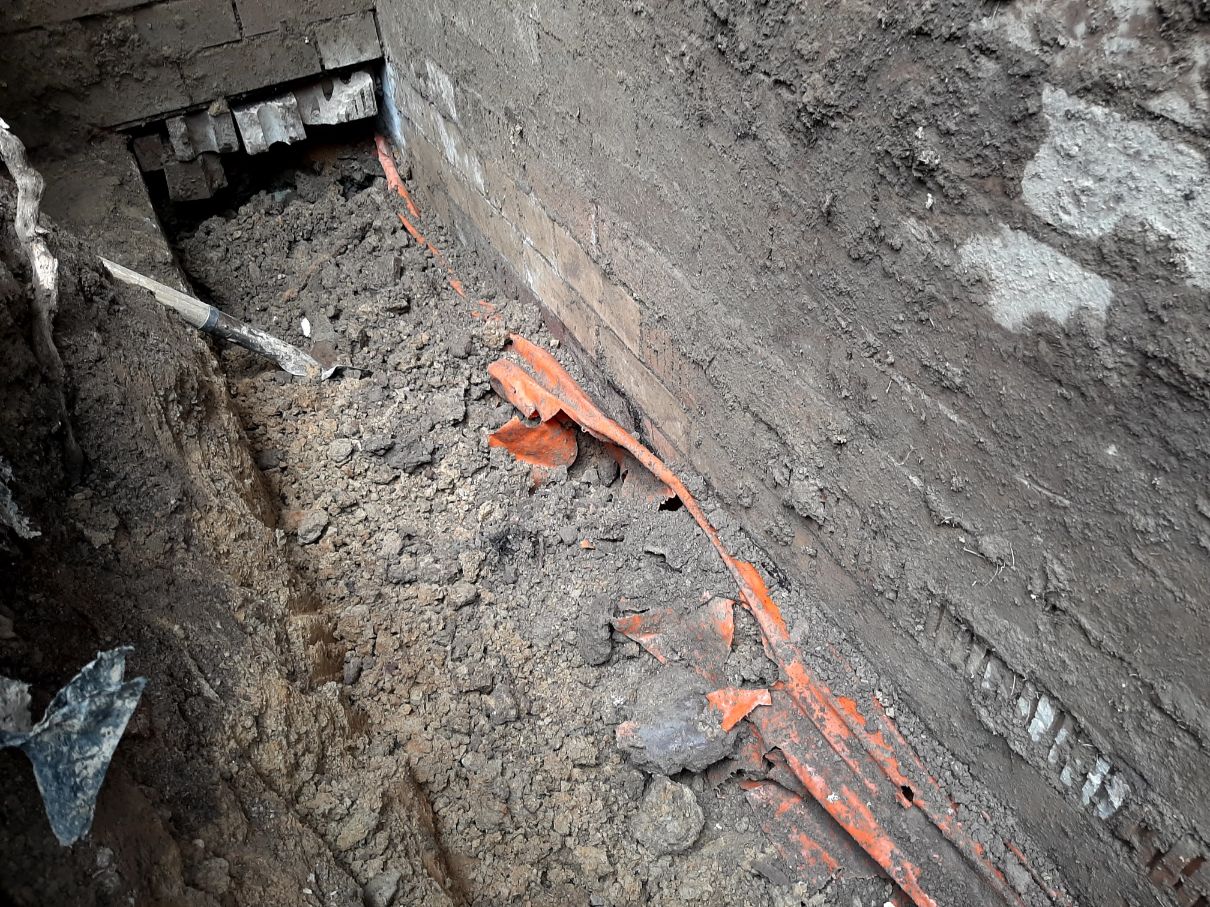 Old, useless plastic film. How it was supposed to protect the wall from the moisture?..

Residential house in a beautiful hilly area in Greensborough – was built about 35 years ago. Because of the landscape in the area, there is a room in the house which floor is lower than the external ground level. The difference in heights is from 0,5m to 1,8m (the total length of the affected wall is around 15m).

When our technicians dug the trench 0,5-1,8m deep, they found out that there was actually no Waterproofing done. In between the brickwork and the soil there was only the plastic film, which was mechanically damaged in the process of back landfill. 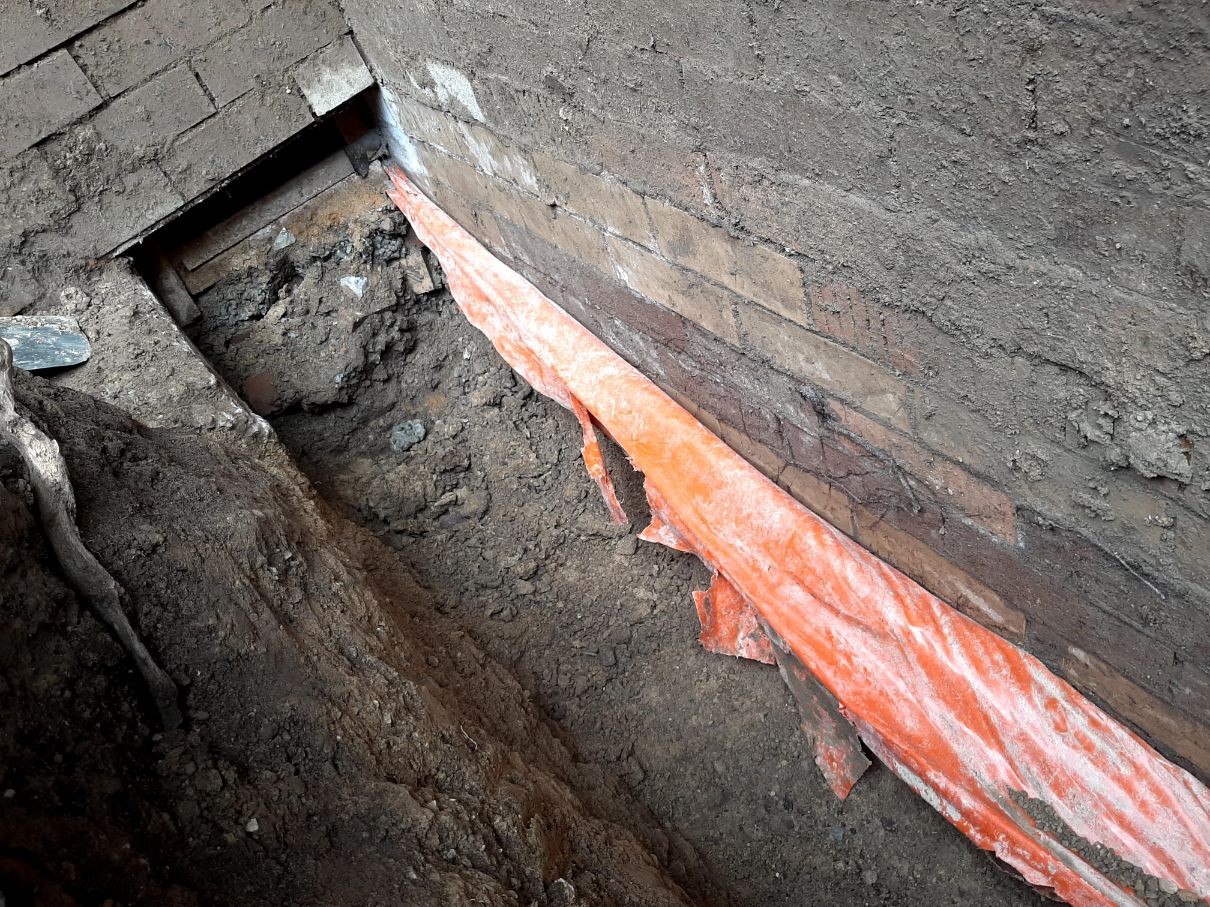 This is pretty common situation all around Hilly areas of Melbourne and Eastern Victoria – External Waterproofing is the the best solution for such cases.

Such film ABSOLUTELY CAN’T protect the wall from the moisture (even theoretically) – its top edge was situated 200mm lower than the ground level and the moisture was just coming from the top straight to the brickwork.

AGI pipe, located in the bottom of the trench (right on the footing), was also installed incorrectly and was angled to the house (rather than taking the water away it actually took the water to the house). 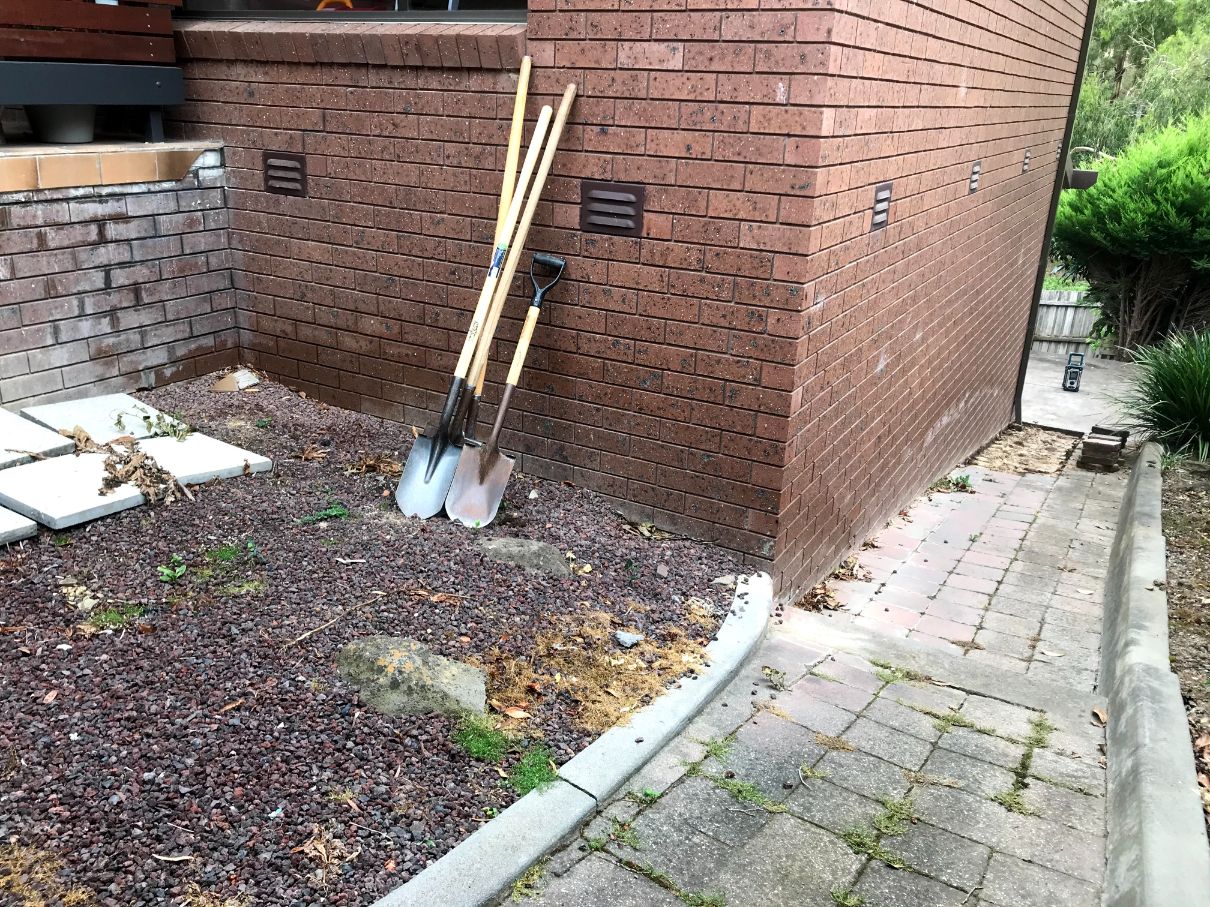 To fix the Waterproofing issue and to secure the house from the moisture, we’ve completed the full External Wall Waterproofing routine: 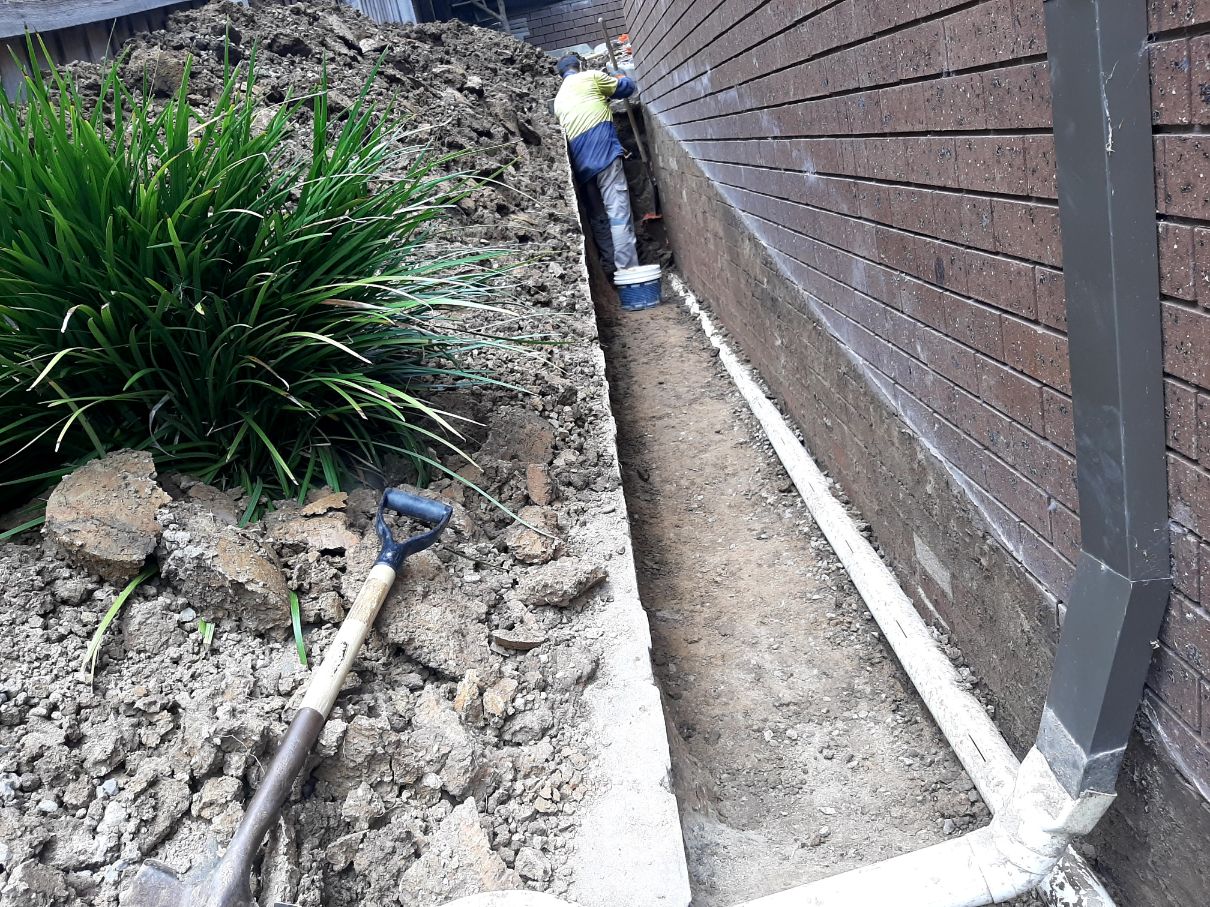 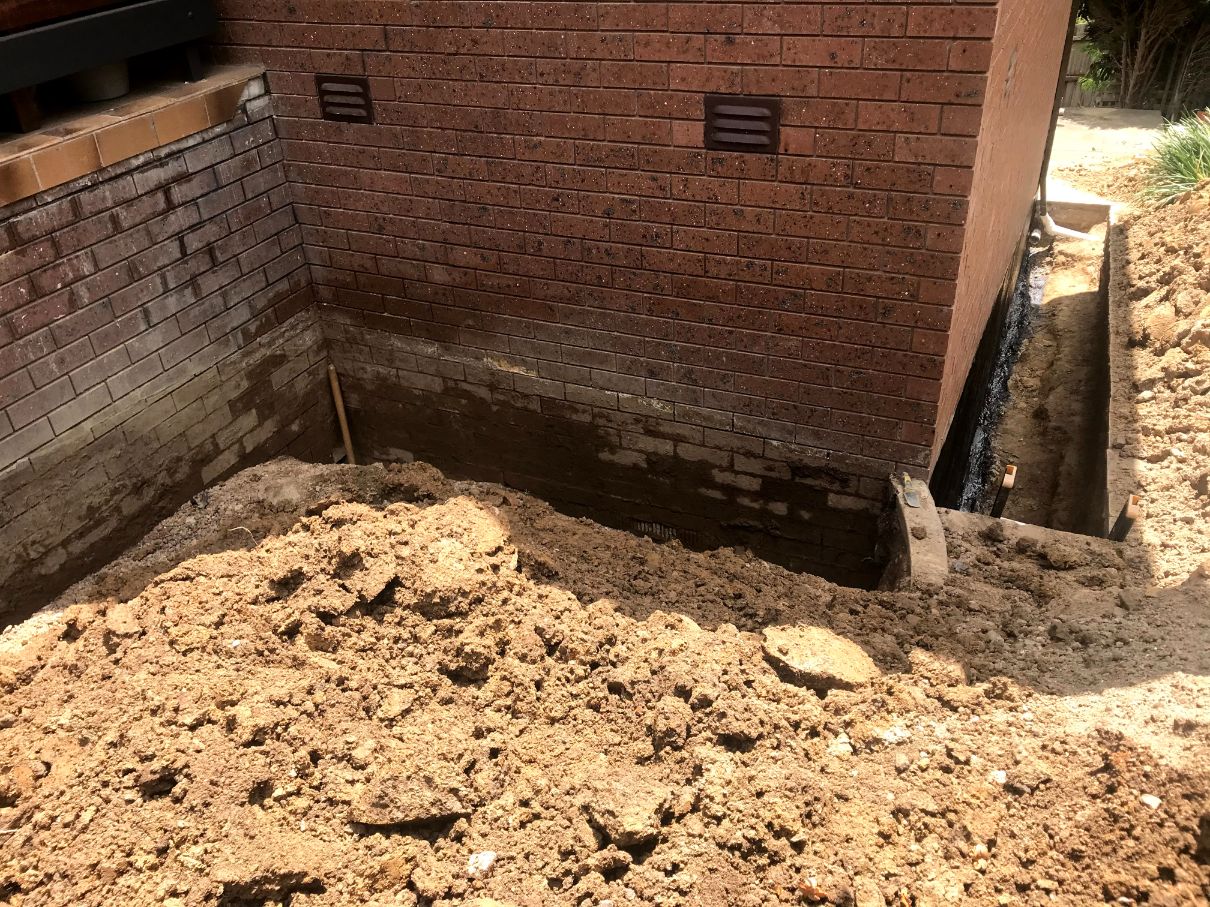 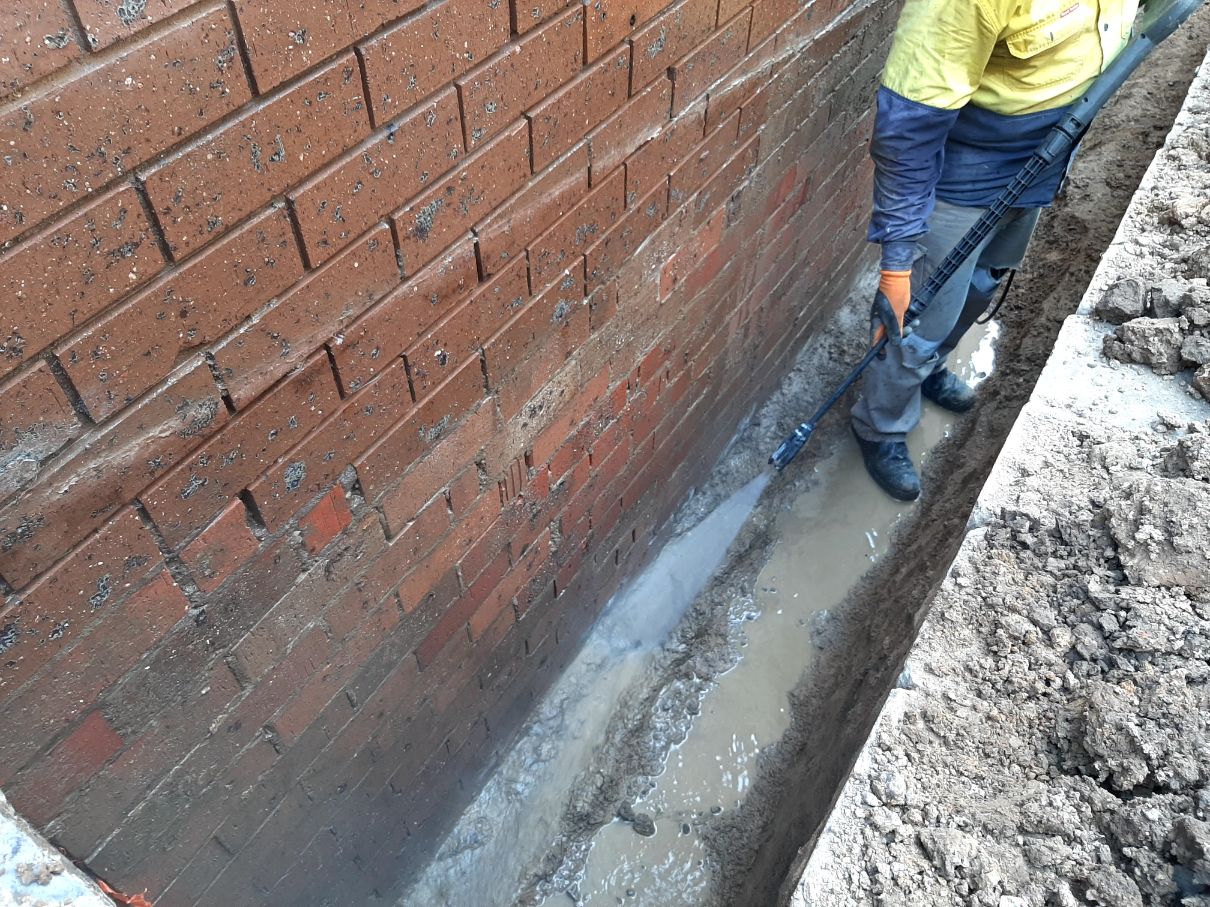 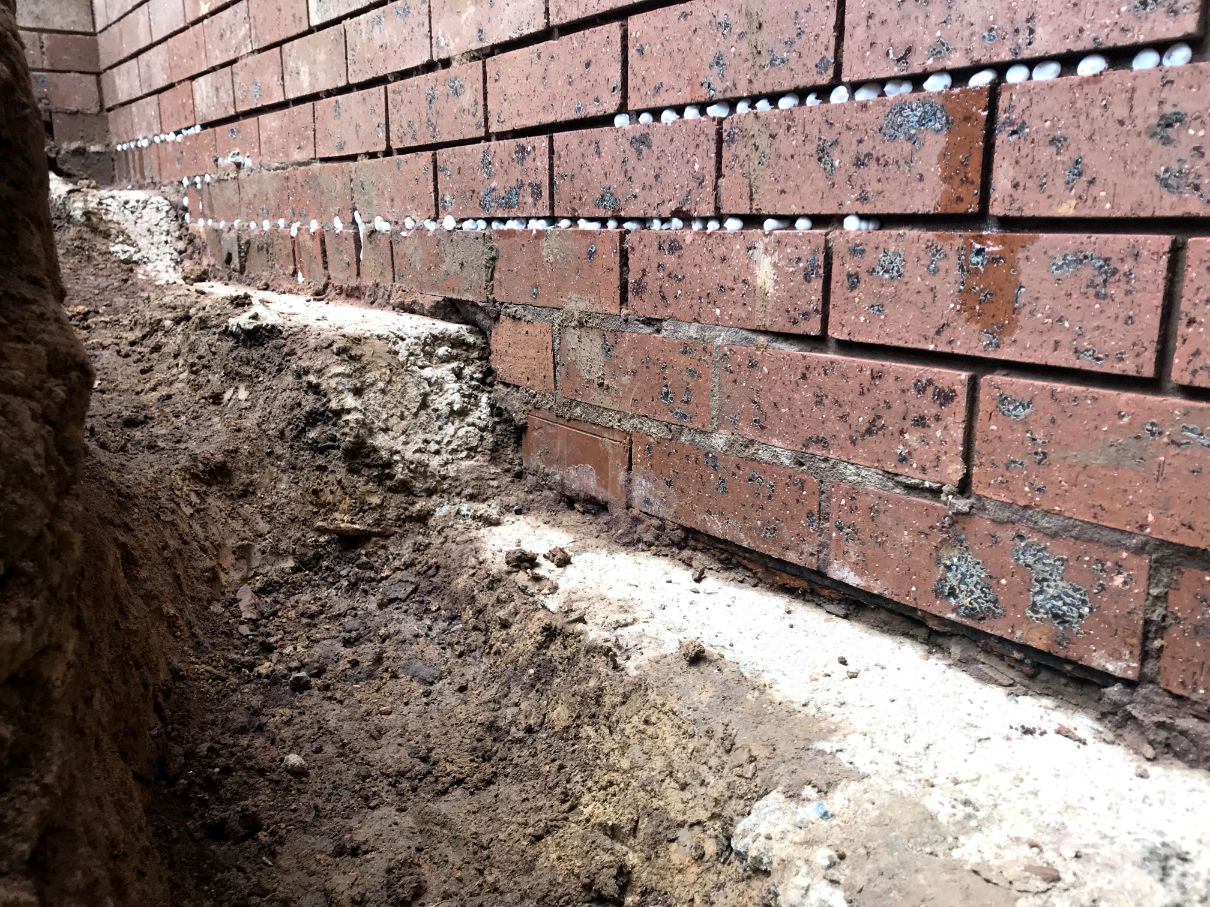 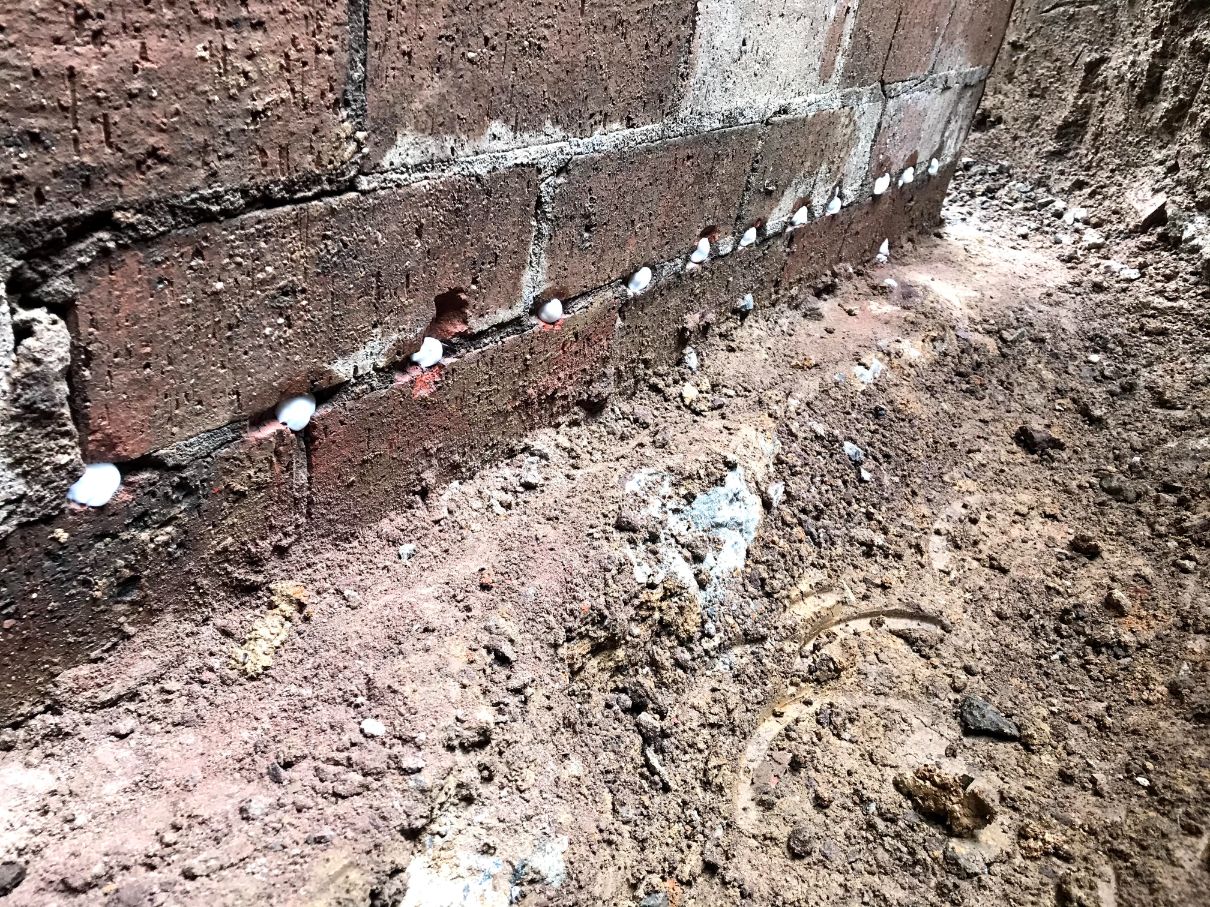 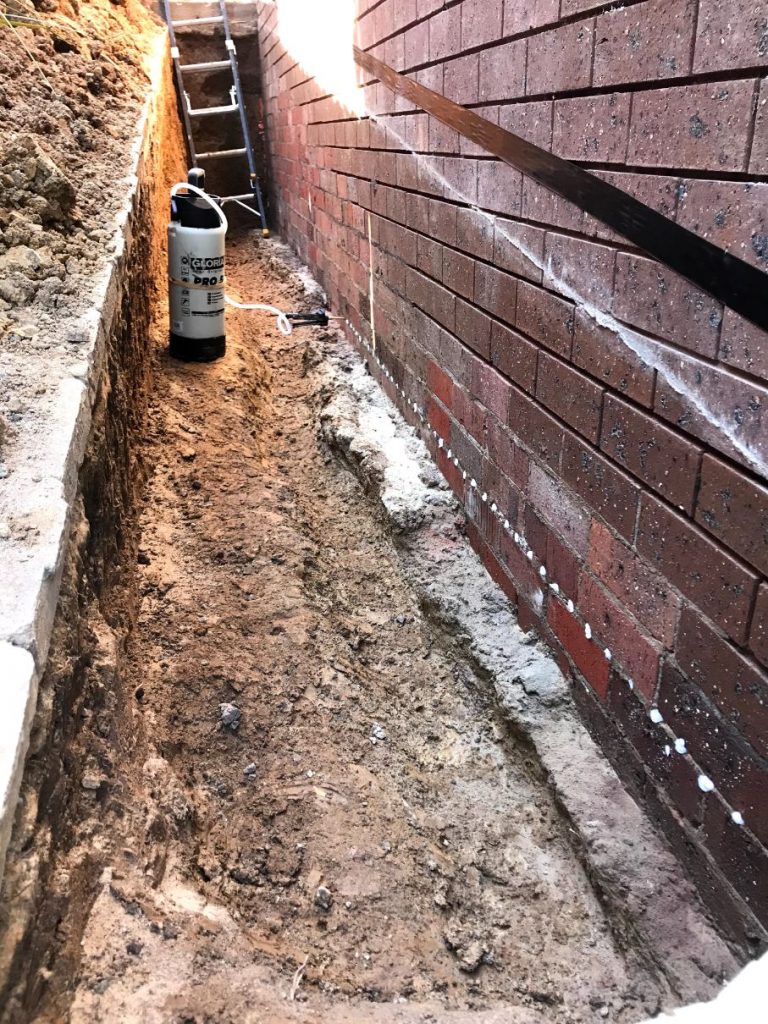 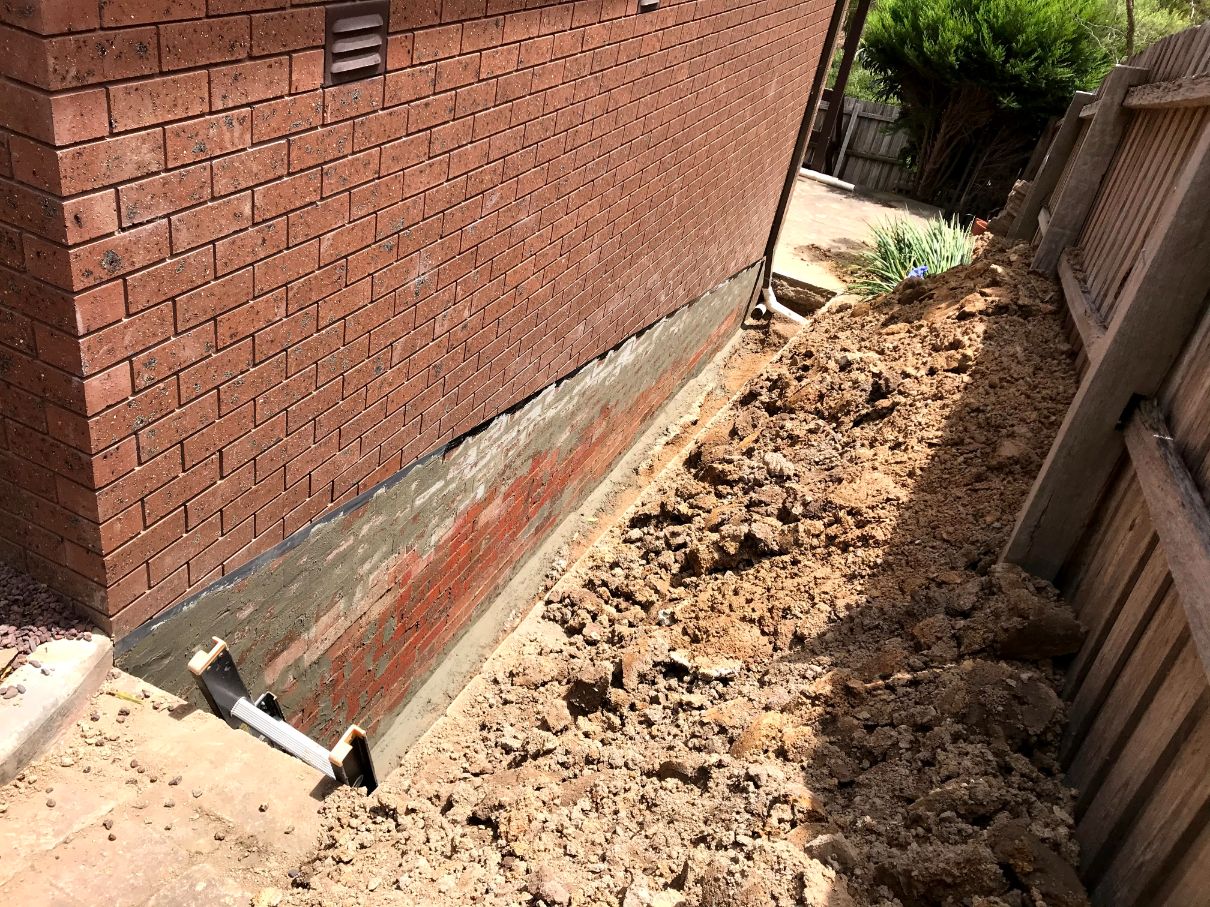 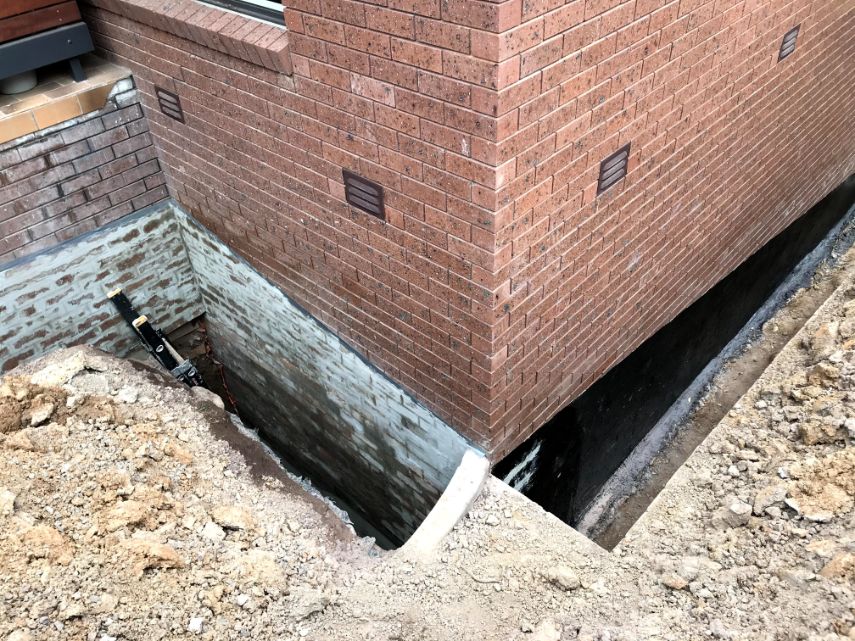 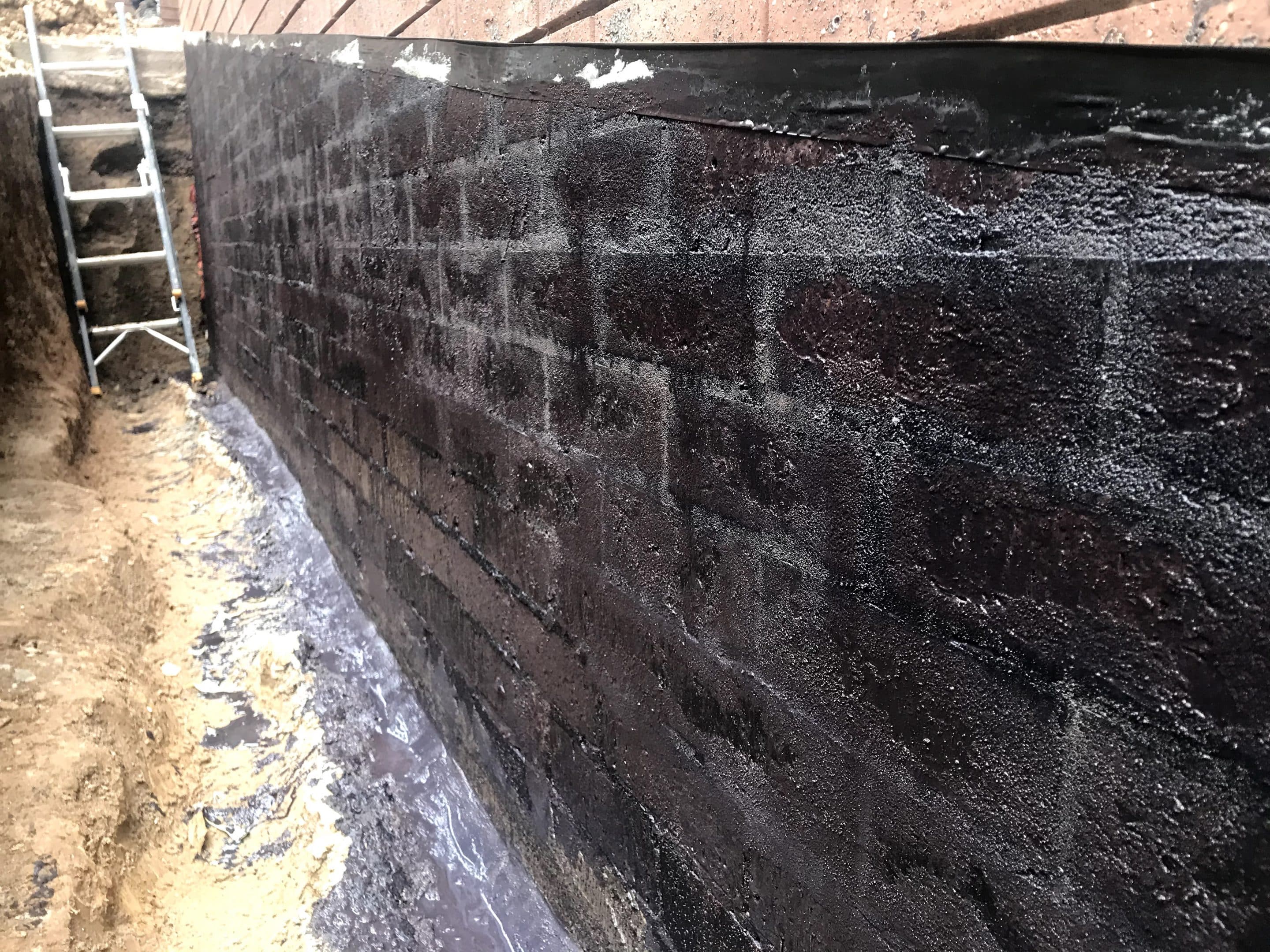 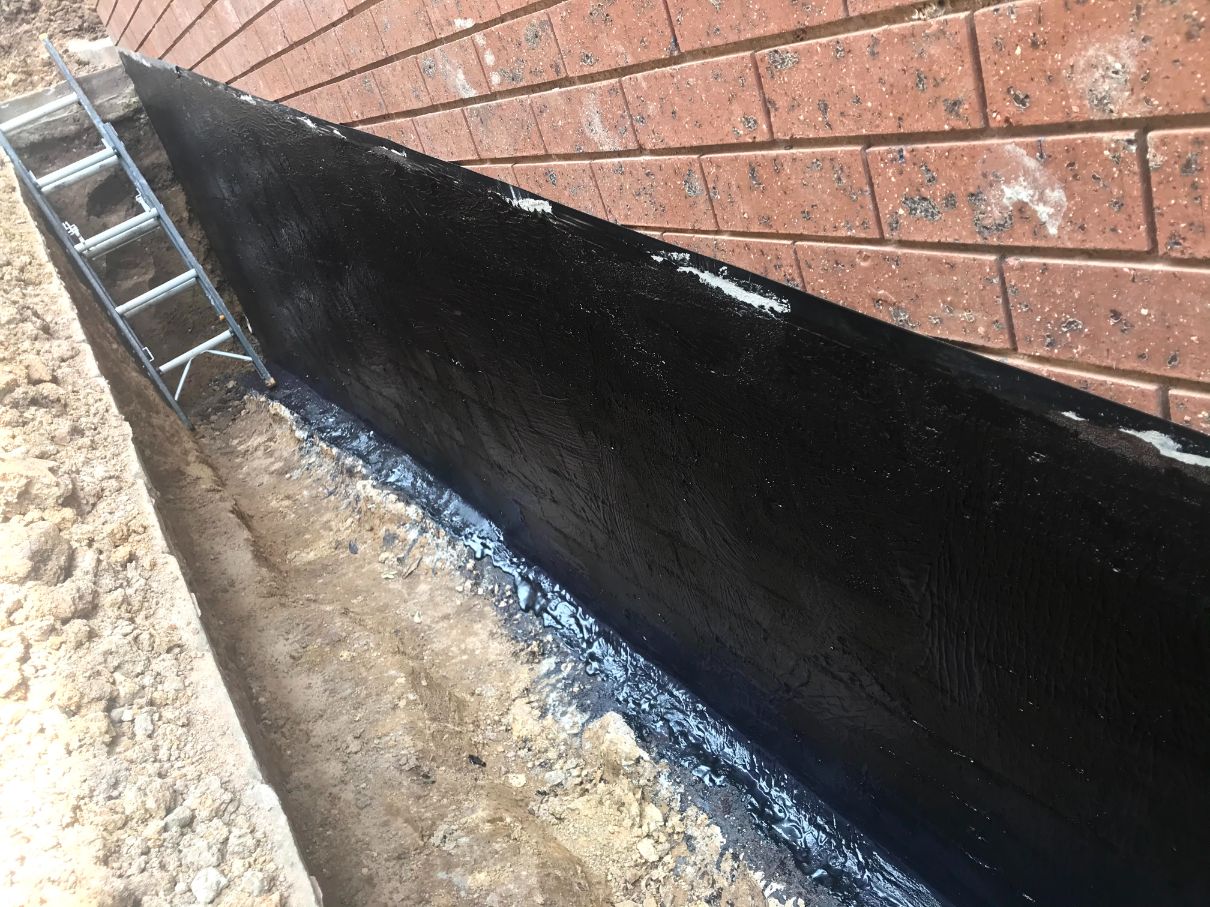 As the walls were washed, we also found the structural crack and offered and completed the Crack Stitching to secure the house structure’s integrity. 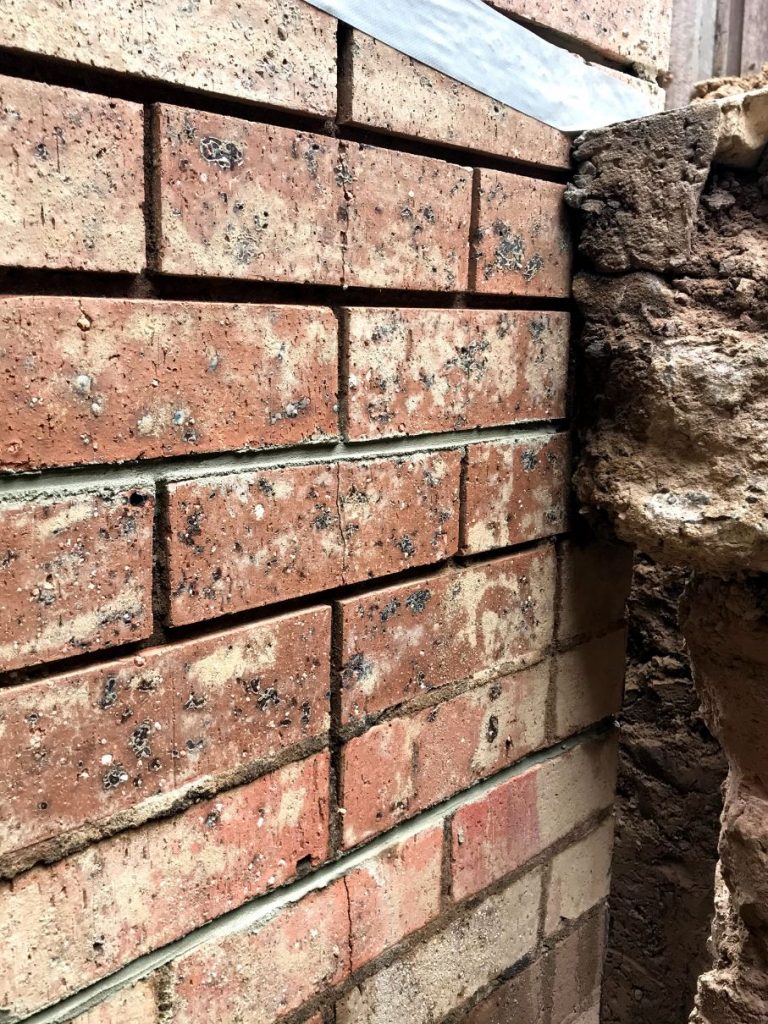 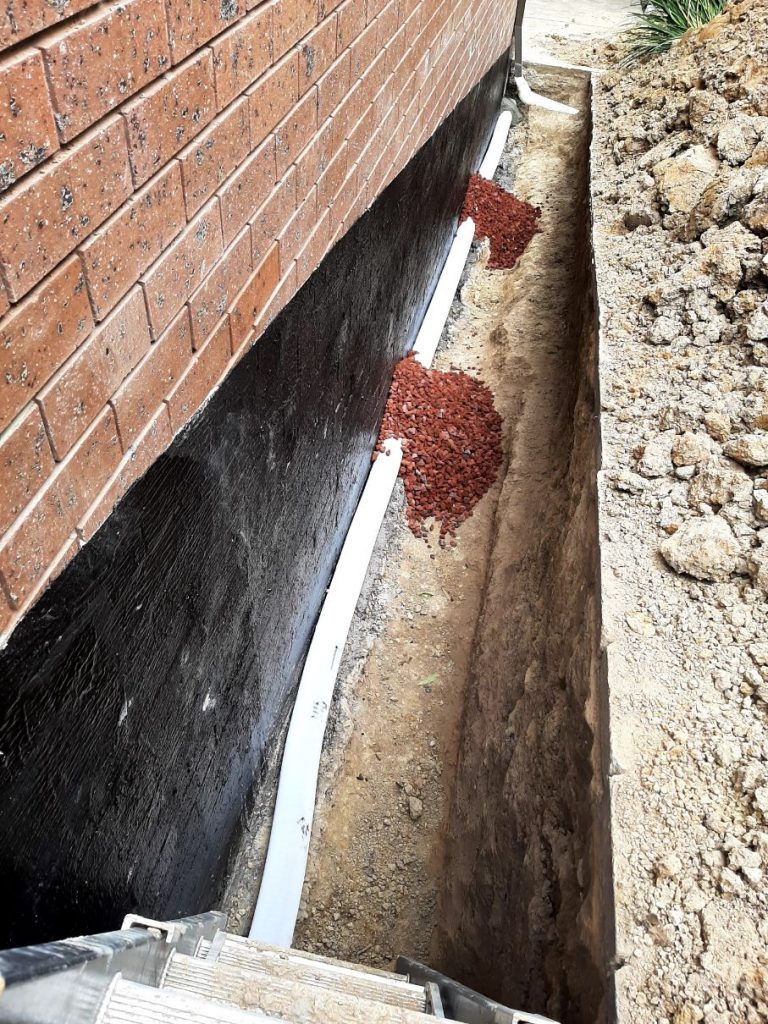 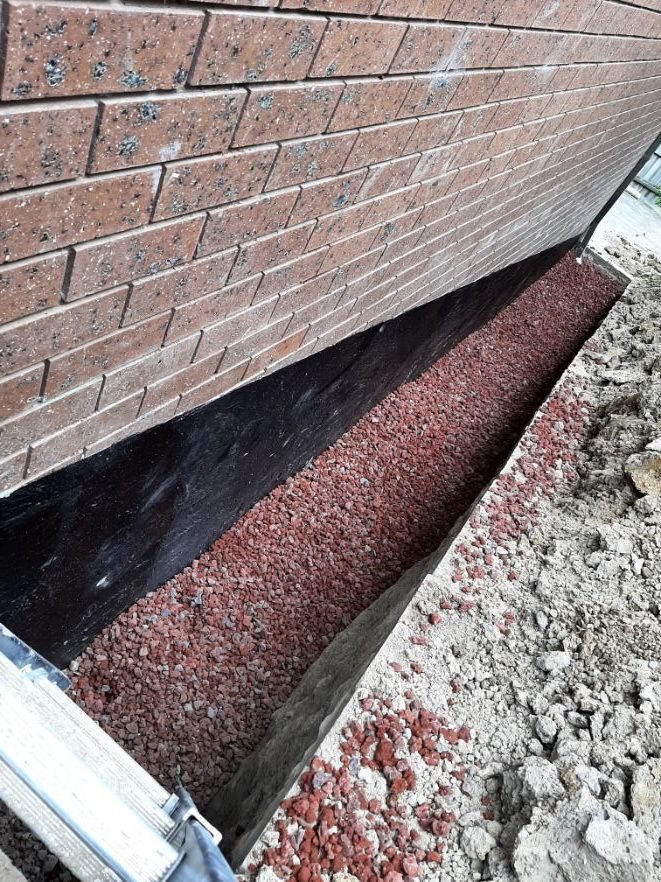 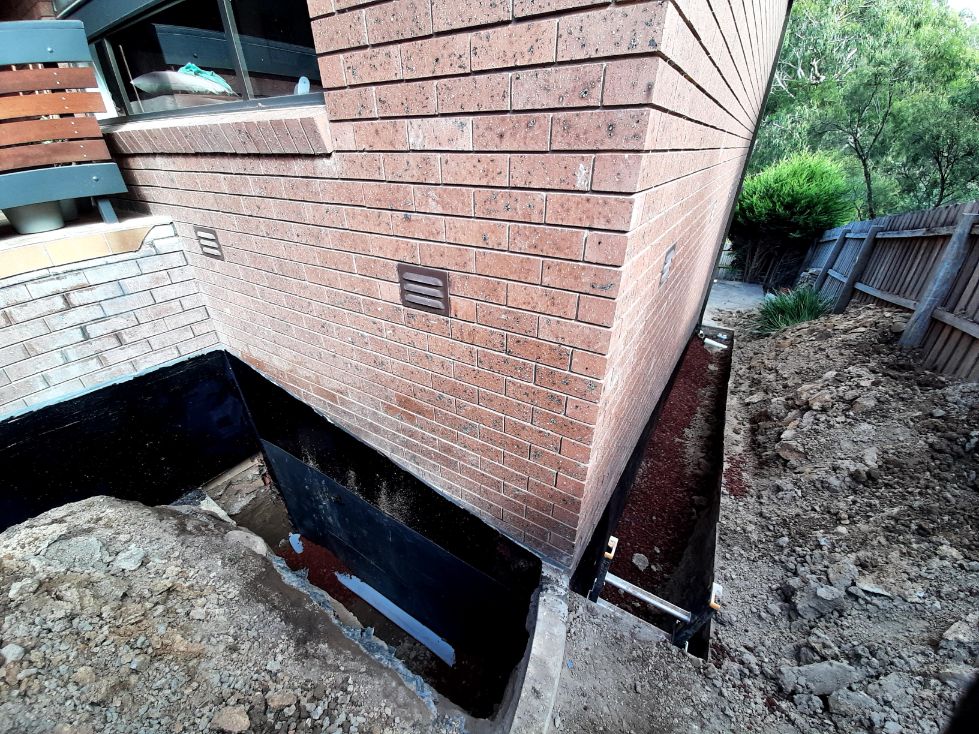 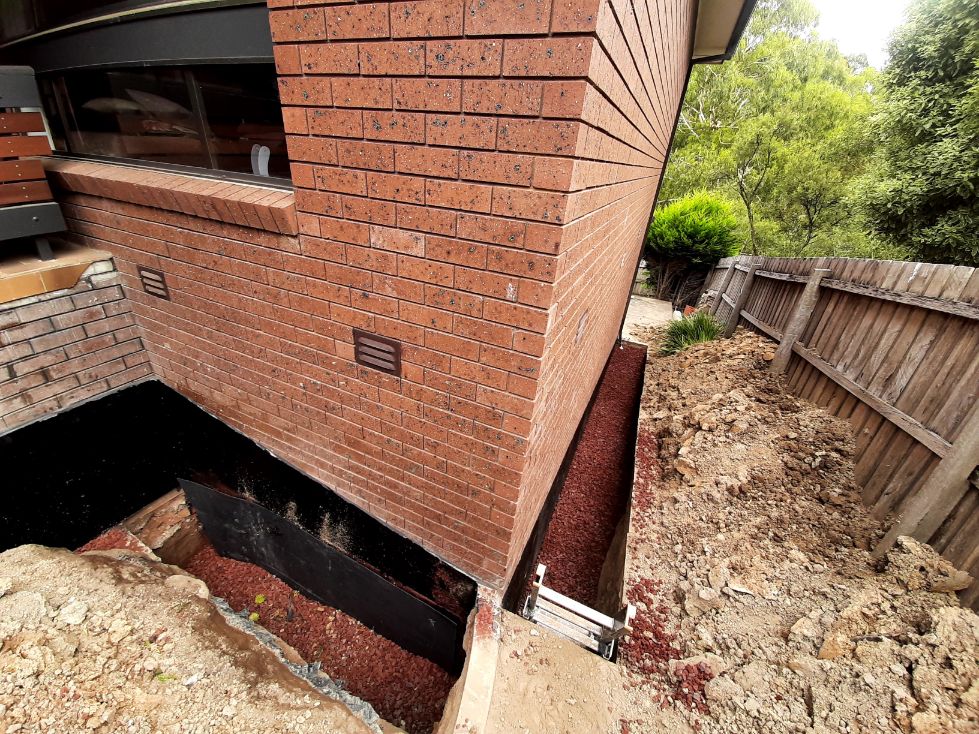 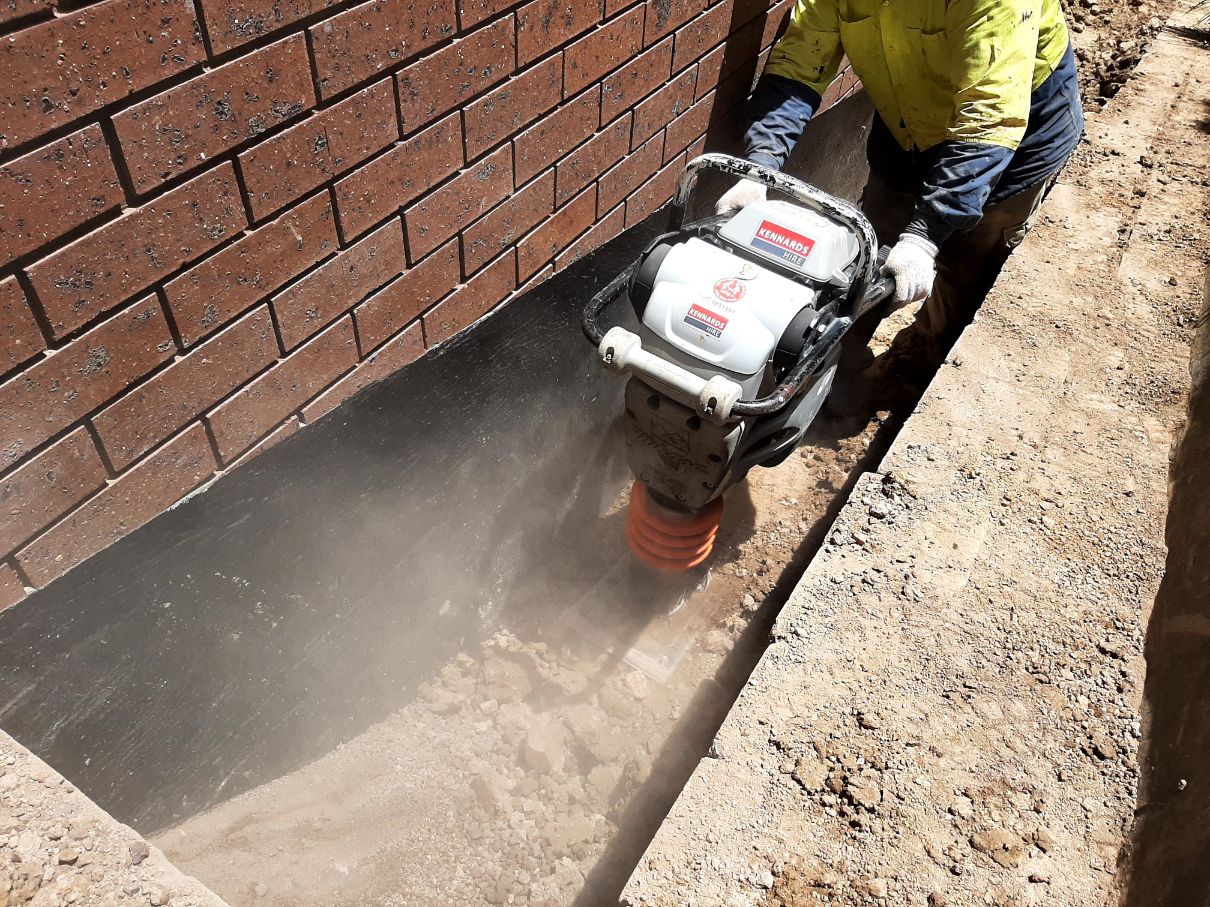 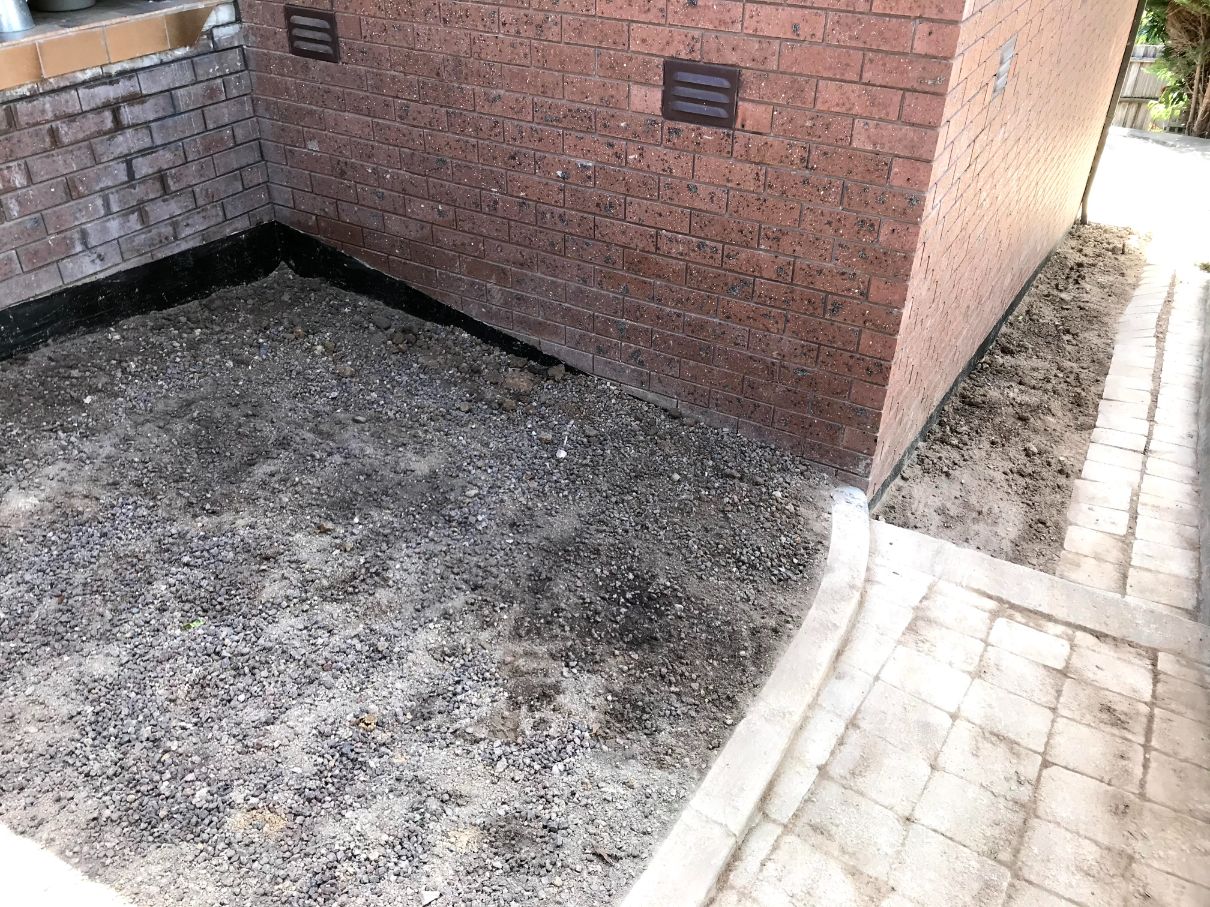 Such thoroughly done job takes much more time and effort than just putting a Waterproofing Paint on a dirty wall – however, this way we are confident with our Warranty and happy to see than our Client is 100% satisfied with the job we’ve done.

We only use and highly recommend Top Quality materials from the best Brands: 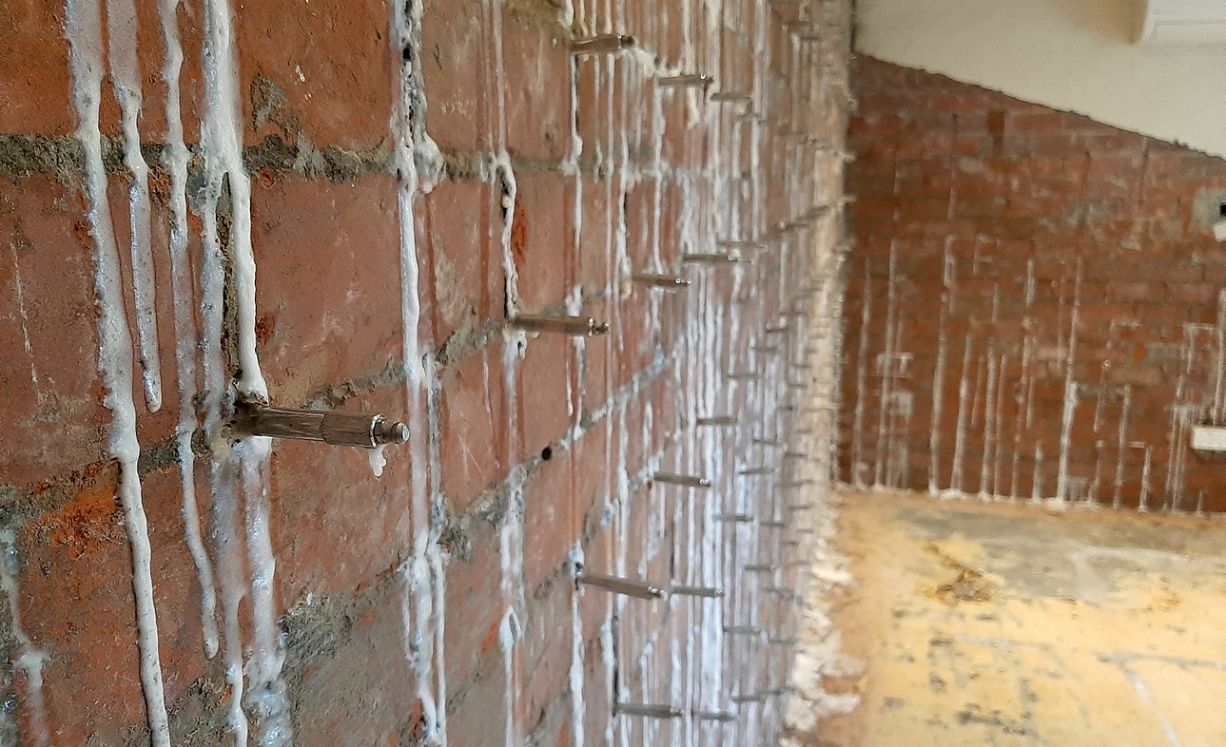 High and Low Pressure Injection Techniques can be used for injecting cracks, cold joints and for soil stabilization. The system can be used to stop gushing water, to seal minor seepage, to re-gain structural integrity and to waterproof and strengthen almost any concrete or masonry structure… 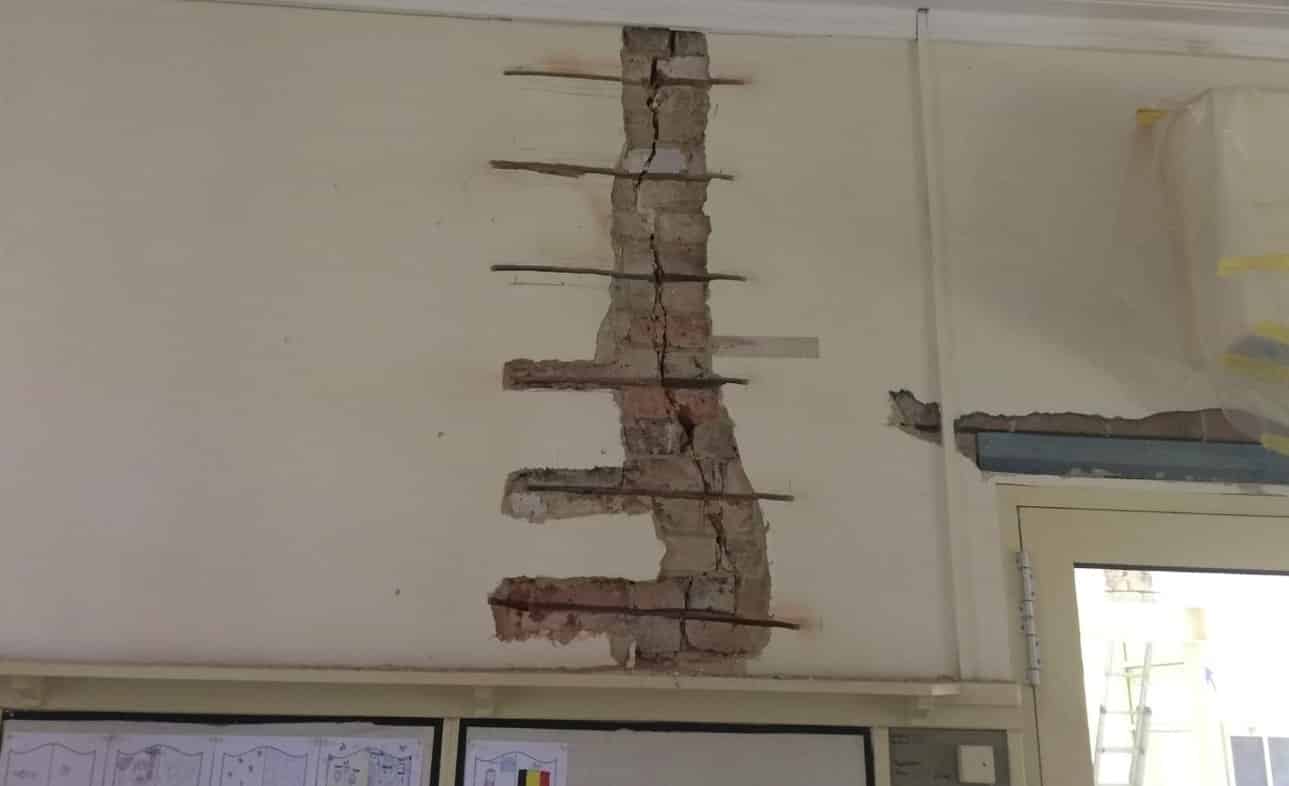 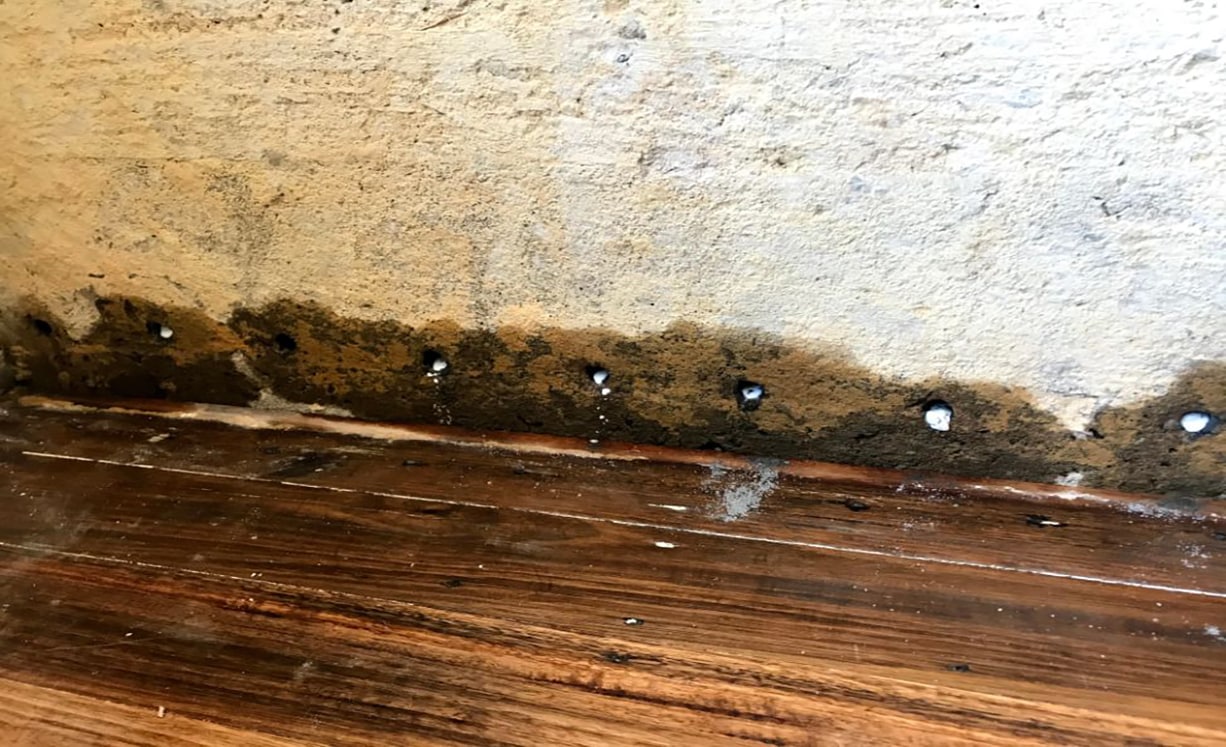 Rising damp occurs as a result of wet or damp soil around the house entering through porous materials like bricks and mortar. Technically, the damp is drawn into these materials through capillary action… 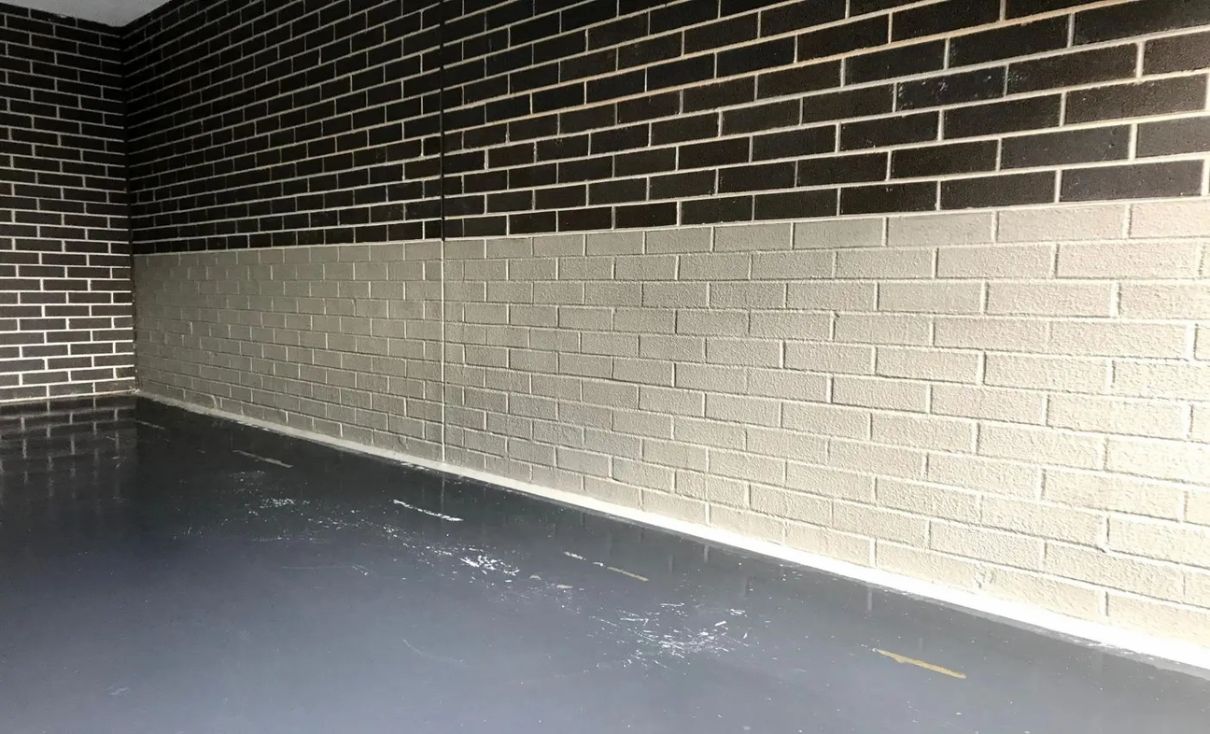 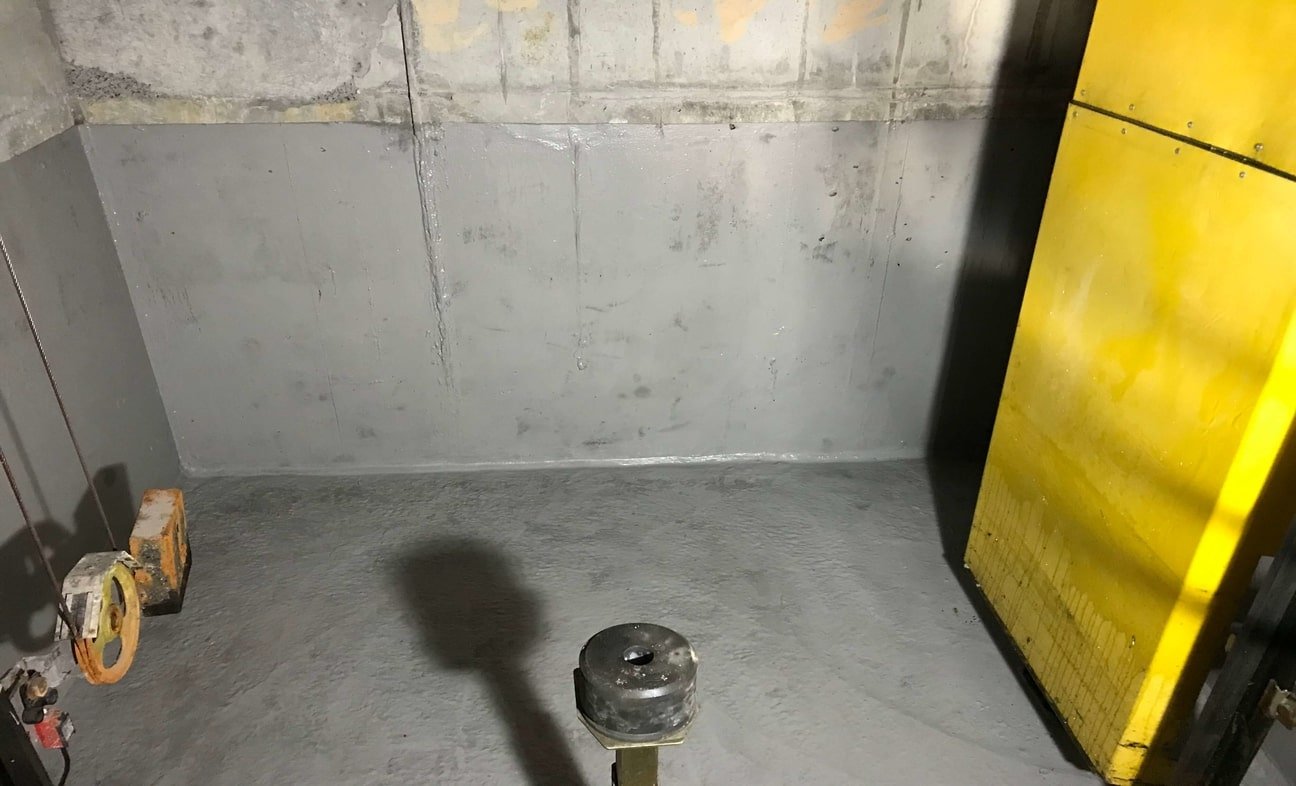